Current Skin tissue-culture techniques enable keratinocytes from a small piece of skin to be grown into sheets of epithelium, or cultured keratinocyte grafts, that are suitable for treating wounds.

Skin serves a variety of purposes. It is a stable but flexible outer covering that acts as a barrier, protecting your body from outside elements such as moisture, cold, and sun rays, as well as germs and toxic substances.

Skin also serves as a large storage facility for the body, with the deepest layer of skin capable of storing water, fat, and metabolic products. It also produces hormones that are essential for the entire body.

Can skin tissue be reproduced in a laboratory? It can now.

A team at Columbia University (Angela Christiano) developed a skin on a chip (in a culture insert) based on IPS cells (1). The cells are grown in 3D and have shown the ability to recreate the different layers of the skin (comparable to the human skin). Using IPS from a patient suffering from skin disease, it is now possible to test new treatments or to test molecules for cutaneous toxicity in pathological condition (impossible using in vitro model until then).

In 2002, Schwalkwijk J, established a model of psoriasis on a chip (2). The system is a classical culture of in vitro skin (primary culture of human keratinocyte), which once relocated in an inflammatory environment (cytokine IL-1, TNF-alpha, and IL-6) behaves like a “psoriasis-like” skin.

A team from the University of North Carolina (O’Neill AT) has developed a PDMS chip for the primary culture of keratinocytes in monolayers with potential application in High Throughput Screening (3).

A team from Singapore (Ramadan Q) has established skin on chip allowing the co-culture of keratinocyte (HaCaT KC) and monocyte (U937) cell lines (4). The model allows a follow-up of the transepithelial electric resistance (TEER) for the monitoring of the tight junctions and also allows the realization of an immunological test.

A Korean team (Wufuer and Lee), developed a skin on chip (5). The three layers of the skin (hypodermis, dermis, and epidermis) are reconstituted by three supports of PDMS on which the cells are cultured. Each layer is separated by a porous membrane (PET, 0.4 μM pore). This model reproduces edema and inflammation but uses cell lines (HaCaT KC, HS27 FB CL, HUVEC).

A team from Columbia University (Abaci HE) developed also one allowing the culture of full thickness skin biopsy (6). The primary culture can be maintained for 3 weeks. It is a system without pump allowing the study of transdermal passage/transport. Disadvantage: contains only fibroblasts and keratinocytes (loss of immunity).

The same group used endothelial iPS cells in the same system. Disadvantage: a long period of culture ( 21days ) before being able to make any experiments and a flow is applied to the culture. Advantages: the vascularization strengthens the basal lamina and allows the study of the interactions between the vascular compartment and the extracellular matrix.

A Japanese group (Takeushi S) has built a chip that mimics the vascularization of skin tissue (7). The system allows the study of the percutaneous absorption of a molecule by dosage in the vascular compartment. The culture can be maintained for 10 days, which allows the study of the interactions between the endothelial compartment and the extracellular matrix. On the other hand, it only allows a limited study of epidermal markers.

An Italian team (Imparato et al ) recreated in 2017 a fully innervated skin on chip (8). The model is composed of human dermal fibroblasts, supplemented with a keratinocyte (HaCaT) cell line for the formation of the epidermis. The neurons come from DRG rats.

The skin is the outer envelope of the body. It contains pressure, temperature and pain sensors and synthesizes vitamin D through sunlight. It is a complex system in terms of organization and diversity. The skin is composed of several layers (hypodermis, dermis, epidermis) and tegumentary appendages (hair, sebaceous gland). There is a temperature gradient (from 37 ° C to RT).

Current models for skin toxicity are based on animals but with 3R regulation, synthetic skins have emerged.  They aim at being more predictive for skin toxicity than animal models that are fairly unpredictable due to a different physiology and immunity at the level of the skin. 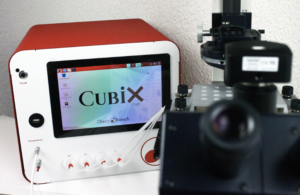 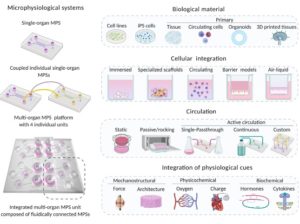 Introduction MPS (Multiorgan Microphysiological Systems) have evolved from tools to... 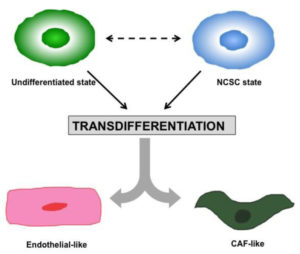 Introduction Melanoma is clearly a complex disease with a high... 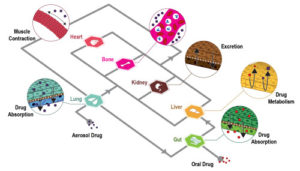 Introduction The researchers created a microfluidic organ-on-chip solution with integrated... 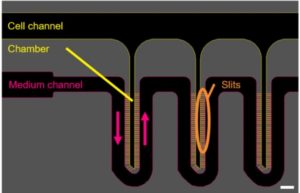 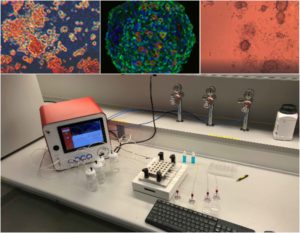 Introduction Adipose Tissue is very versatile and essential for studies...

Introduction The authors present a simple and modular Microphysiological system...

Introduction Many Organ-on-Chip platforms are still not robust for all... 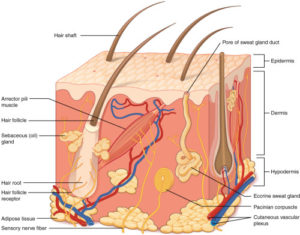 Introduction The gut-liver axis is the bidirectional interaction that exists...

Introduction In vitro generation of perfusable 3D microvessels is an... 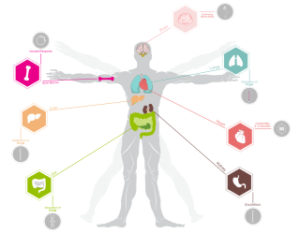 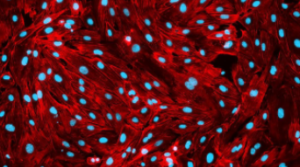 Introduction Obesity and obesity-related co-morbidities are on the rise globally,... Introduction Microfluidic 3D Endothelium-on-a-Chip – The endothelium is a thin... 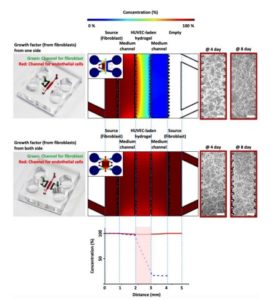